The 5X8-foot pit of despair

We love our little house. We're thankful for it, we have no plans to leave it, but...it's small.

It has one bathroom for the six of us - a 5X8-foot disaster of hideous, ancient pink tile and heavy, built-in wooden cabinets that take up half the room. The tub is chipped, the caulk is peeling, and the toilet only flushes half the time. You do your business and hope for the best...it's a literal crapshoot.

A couple months ago we decided to go for it and use money from our savings and remodel the bathroom. It needs a complete overhaul. New plumbing, new fixtures, new floors, new walls, even a new ceiling. Even a new door. So we began making plans to gut the stupid 5X8 room and basically rebuild it.

We would need help, of course. It took Andy weeks to find a plumber and an electrician who weren't booked until next century. He spent hours on the phone searching for these people, planning the Big Day, and the bathroom must have overheard our dastardly plans, because it decided to revolt.

"Gut me, will they?" it thought to itself. "They think they're too good for me all of a sudden? I'll show those nosy tenants who's boss around here."

It started with a weird smell coming from the sink faucet. It smelled like dog breath. We cleaned out the trap and the aerator but it didn't help. Next, the fan gave up the ghost. Oh, technically it's still "running," but it's not actually "working." It's main purpose in life at the moment is to collect lint in hopes of burning our house down before we can dare remove it.

Then the good ol' commode began to leak. At first I thought one of the boys' poor aim was to blame for the puddles on the floor, but no. It was the toilet joining the rebellion. "Don't do this," we pleaded. "The plumber is coming in a couple weeks, can't you just hold on until then?"

The toilet grumbled that it would try if we agreed to stop using so much toilet paper, and could we ease up on the constant parade of children coming and going? A tank hardly has time to refill around here!

We struck a tenuous truce. We spoke to the toilet in respectful tones and put a bucket under the leak and listened to it drip, drip, drip as we fell asleep every night. We even told the kids to wait until the last person to flush if they all had to go at once. (Don't judge us - you weren't there! You don't know what it was like!)

Days slipped anxiously past. Each morning we entered the bathroom wondering if it would even still be there. We wouldn't have been surprised to find nothing but a big, black pit of despair where it had once been. Then last night we noticed the drip, drip, drip was much more fervent than usual. "What's this?" we asked the toilet. "The plumber's coming in six days. Have you gone back on our deal?"

It didn't answer. It just spewed water from it's joints.

Fine. So that's how it's going to be. Just remember, toilet, you asked for this.

Andy poked and prodded it, twisting and tightening with all his limited plumbing knowledge and skill. The drip all but stopped. We were saved! But wait. Now the toilet doesn't actually flush at all.

So if you haven't thanked your toilet for its service lately, you better do it. Or you might be sorry.

P.S. The only one around here not looking forward to the Big Day is Gizmo the cat, who has developed a taste for toilet water out of the drip bucket.
Posted by Katie Powner at 2:09 PM No comments: 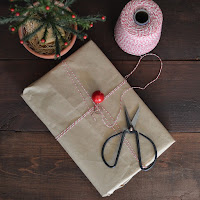 I'd never been invited to dinner by the parents of any of my foster kiddos before. Christmas dinner, no less. But there I was. What would my one and a half year old foster son (I'll call him Little Man) do when we went in the house? Would he think he was going home to stay? Was this really a good idea?

It was about five degrees outside, so standing in the driveway pondering my life choices wasn't an option. Not to mention I'd brought my husband and three children along for the ride. So, with a tray of cookies in one arm and Little Man in the other, I knocked on their door.

Bio Mom greeted us with an anxious half-smile and ushered us inside. It was a small house, and we immediately filled it to overflowing with snow-covered boots, rowdy noise, and good intentions. I set Little Man down on his feet and took off his coat. Bio Mom knelt in front of him a couple feet away, her arms open. Her eyes pleading. He didn't even look back at me. He ran to her.

My three kids made themselves at home as if they'd been there a hundred times and I swallowed a big lump of thankfulness. None of them gave a second thought to spending Christmas with Little Man's parents.

"It's our Christmas gift to them," one of them had said in the car on the way over. "They want to be with Little Man on Christmas, too."

Yes, time with their child was a small gift we could give them. Hadn't we been given that much and more?

I joined Bio Mom in her little kitchen and asked if there was anything I could do to help with dinner. She flitted around, her hands never still, moving bowls around the counter, removing wrappers from ranch containers, and setting, unsetting, and resetting the table.

There weren't enough chairs at the tiny table for all of us, so some sat, some leaned against counters, some stood awkwardly in the living room balancing plates and cups in nervous hands. I did everything I could to ignore Little Man and let Bio Mom feed him however and whatever she thought was best. After all, it wasn't my house. And he wasn't my son.

A modest pile of brightly-wrapped gifts awaited Little Man when dinner was over. I stayed out of the way and let Bio Mom and Bio Dad shower Little Man with presents, assemble toys, and snap picture after picture. The gifts they gave him were big, not because of their size or expense, but because plastic trains and stuffed animals and new shirts were all that was left to give. I had already given him everything else.

As the time to go drew near, my heart twinged in my chest. What if Little Man didn't want to leave? What if he screamed for his mother and reached for her as I pulled him out the door? Had I inadvertently given him the terrible gift of confusion and fear?

"Thanks for dinner," we all said, and put on jackets and gloves and hats. Little Man watched. I pulled his coat from the pile and held it out for him. He looked at it. Looked back at Bio Mom. He was waiting for something. One more gift was needed.

And he came to me. Shoved his arms in the sleeves of his coat and let me pick him up and take him home. We had given her the gift of snuggling her son on Christmas, and she had given back the gift of letting go.

There are big gifts and small. Some are valuable, some are forgotten. But perhaps the best gifts are those no one else can give but you.
Posted by Katie Powner at 10:44 AM No comments: