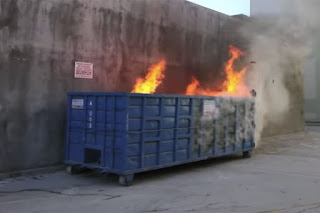 Yikes. Those are some touchy topics. Why would I even want to go there? To be honest, I don't. But I've been hearing and reading some interesting comments lately that I can't stop thinking about...so here we are.

There are people out there right now making this correlation between foster care and abortion. They say the foster care system is a raging dumpster fire (they're not wrong) and since a lot of unwanted children are going to end up there, they're better off being aborted. They believe it's better not to be born at all than to be thrown into foster care, potentially abused, tossed around by the system, become screwed up, and probably start the whole cycle over again. And where will all those self-righteous pro-lifers be then?

I can see where they're coming from. Even King Solomon in the Bible, when he was overwhelmed by the tragedy he saw in the world, said that better than the living or the dead is "the one who has never been born, who has not seen the evil that is done under the sun." (Ecclesiastes 4:3) Better to be killed in the womb than face a life of tragedy and disaster, right?

Well, let's think this through. If it was better to be aborted than risk living a crummy life, then none of us would be here. I've had tragedy and hardship in my life. You have too. And there's more to come. But I don't wish my mother had aborted me.

Sure, it's easy for me to say. My parents had jobs and were married and wanted me and loved me. What about the unborn babies whose parents are drug addicts? Or whose parents just don't want them? What about the mothers whose lives will be made more difficult by having a baby? Isn't allowing those babies to be born just heaping more pain onto an already pain-saturated world?

Yes, actually. It's a messed up, broken world, and every child born into it will add to the brokenness. That is one hundred percent true. But every child also brings beauty and life to the world. And each one of us whose mothers didn't abort us, despite the hardships we would face, has something to offer. Later in Ecclesiastes 4 (verses 9-10), King Solomon says, "Two are better than one, because they have a good return for their work: If one falls down, his friend can help him up. But pity the man who falls and has no one to help him up."

That is a pity, indeed. And that is why every person who believes in giving babies a chance at life should be involved in helping others up. They should be advocates. Foster parents. Adoptive parents. Generous donors. Volunteers. Informed voters. Friends. Concerned neighbors. Lovers of all people. People of prayer. People who care. If you believe life is worth living, you should act like it. If you believe there's no such thing as an unwanted child, what are you doing about it?

Debates about foster care and abortion and women's rights and blah blah blah will continue for as long as there are people in the world. And people only have the luxury of debating such things because their mothers chose life, by the way. But when I hear people say a child is better off dead than ending up in foster care, all I can think of is this: The world will not become a better place by aborting more babies. But the babies who are born can make the world a better place.
Posted by Katie Powner at 1:24 PM 18 comments: