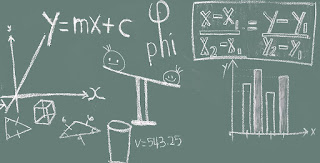 He arrived on a Thursday evening, covered in sweat. He wore a shirt and jacket that were too small and a pair of shorts despite the freezing temperatures. He carried a blue and black blanket that reeked of...something. And that was all he had.

One outfit plus one blanket equals the sum total of his earthly possessions.

I peeled the sweaty clothes from his back and coaxed him into the tub with a yellow ball and bubbles. He did not speak or cry but only whimpered. I spoke quietly to him as I washed him, wincing at the abuse the scars on his body revealed - the story I could easily read in the size and shape of the marks. I pulled his two-year-old self out of the tub and wrapped him in a towel.

Sometimes I wish my door did not open for vulnerable and broken children. That I could turn the lock and go about my life unaware of the need on the other side. But that is not my reality. Even with the door shut tight, I can hear those kids out there, crying for help. I can sense their presence. And I can't turn them away.

A phone call from CPS plus an empty bed plus a willing heart equals an open door.

He handed me the same three toys over and over until he grew tired and a wild look appeared in his eyes. I laid him down in our extra bed as his whimpering returned and assured him he was okay. Everything was okay. It was going to be okay.

I stayed awake worrying. His placement with us was meant to be very short-term...so where would he go from here? Would he be safe? What was he used to doing? Eating? Did he have any allergies? Diseases? I had no way of answering any of those questions and there was no one who could, not even the case worker.

Too many questions plus not enough answers equals a terrible night's sleep.

Over the next few days, I did my best to make him feel at home. To give him as many hugs and kisses as he would let me, which wasn't nearly enough. I kept him clean and safe and fed and had him looked over by the doctor. I threw away his only possessions once I learned they'd come from a drug lab and replaced them with new clothes that actually fit and a new blanket and a giant stuffed dog he refused to put down.

Two weeks dragged - and flew - by and then he was gone. Moved to a different situation deemed by the state to be best for him. And I prayed God would watch over him wherever he went, but I also breathed a sigh of relief because my anxious hyper-vigilance was no longer required 24/7 and a hundred questions from every person I ran into no longer needed to be answered or avoided and no more poopy diapers needed to be changed. Phew. Life returned to normal.

But I could still hear him say, "Mommy?"

So I stocked up on diapers and wipes and am getting as much sleep as I can so next time I'll be ready to do it again. Because the sum total of a vulnerable child's possessions plus an open door plus a terrible night's sleep multiplied by the love God puts in my heart just for these kids equals a difficult and meaningful calling.